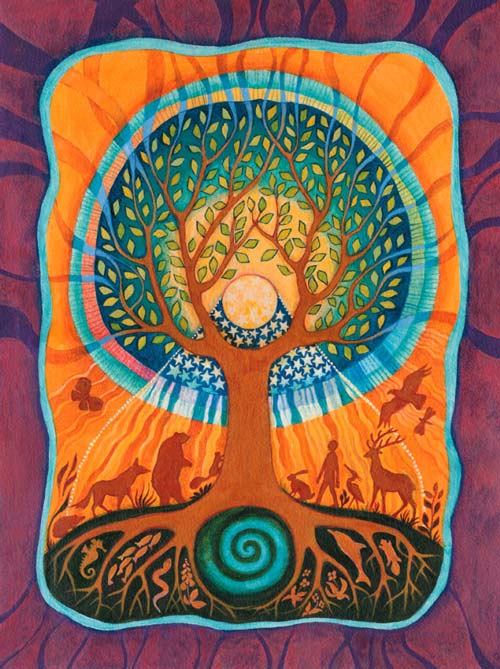 Morphic resonance (a term coined by Rupert Sheldrake – biologist) is a connection across time between organized forms and patterns of activities on the basis of similarity. What it means is that each species has a kind of collective memory. That implies that forms, patterns and behaviours are contagious and that once something happens somewhere by morphic resonance it induces the same thing to happen elsewhere and it gets easier overtime.

What it means is that each species has a kind of collective memory For example, for crystals when a new chemical is made for the first time is usually very hard to crystallize it, but as the time goes on it gets easier to crystallize all around the world. Which means that through morphic resonance that crystal connects to a kind of collective memory. Experiments have been made on learning patterns of rats in laboratories.

Charles Eisenstein takes this concept forward, advocating the significance of any act we do. Even when we act on a small scale, the changes we make in ourselves create a kind of templates that other can follow just by tuning into the morphic resonance field.

The magic comes from that place of presence and confidence in the significance and sacredness of all that we do. He says: ‘The acts that change the world most profoundly are the ones that the mind of separation cannot understand’